Istanbul Guide – The Touch of Turkey

Inspiration behind the name:

Istanbul, a fascinating city built on two Continents, divided by the Bosphorus Strait. What makes this city fascinating is that it is a beautiful combination of a modern western city intertwined with a traditional eastern city. In between it all beams’ tales of human history.

Istanbul has always held an important role in the history of humanity in this part of the world. The region was ruled by three powerful empires starting from the Byzantium, Roman Empire (Constantinople) and the Ottoman Empire. Under each reign, the city absorbed character, tales and wonder. Today this city brings in people from all walks of life looking to explore and be guided into understanding her beauty.

The name of our company is a testament to the influence the city holds in history. Istanbul with her body of water surrounding her beauty functioned as a guide between the East and the West. Hence, we named our company Istanbul Guide, a city that guides.

Please contact us for price details as it is subject to change during booking, due to the changes in the economy following our recovery from the Covid19 Pandemic. We are keen on customer service and support for our travelers; therefore, we would like to ensure that you are provided with the right support.

A Touch of Istanbul – 1 Day Tour

If you are interested in our 3-day tour, please contact us for further information as the price reflects 1 day.

9:00AM – You will be picked up at your hotel by our guide. Please make sure to inform us in advance where you plan to stay as we will need to schedule the time to pick you up. This 1-day tour in Istanbul will primarily be completed on foot, due to the close proximity of all the sites you will visit.

5:00PM – You will wrap up your tour and your guide will safely return you to your hotel.

Please note that we will be using public transit which is referred to as the tram. The ride is part of the experience so you can get a glimpse into the lives of the locals.

Your first stop will be the Hagia Sophia:

Lets dive into a little bit of history…..

Hagia Sophia Mosque: The Hagia Sophia was the primary church of Byzantine Constantinople build by Emperor Justinian I (527-565) and became the most important church of the Christen East. After Constantinople fell to the Ottomans in 1453, the Hagia Sophia was converted into a mosque and was used as such throughout the Ottoman period. Mustafa Kemal Ataturk, the modern Turkish Republic’s most revered founding father and its first Prime Minister, initiated the process to have the Hagia Sophia transformed into a museum which opened for visitors in February 1935. In 2020 it was converted into a Mosque. 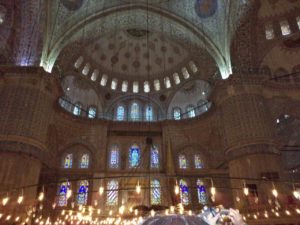 Next up is the beautiful Blue Mosque:

Sultanahmet Mosque/Blue Mosque: built by Sultan Ahmet I between 1609 and 1616, distinguished by its six slender minarets and located in the district of old Istanbul that is named after this Ottoman Sultan. There are 260 stained glass windows throughout the mosque, the central dome is 43 m in height, 33,4 m in diameter and due to the intricately decorated blue, green and red tiles of its interior, it has been referred to as the Blue Mosque. These tiles, produced and painted by hand in Iznik (ancient Nicaea), are an attraction in and of themselves. The Quranic inscriptions we can see throughout the mosque were made by Seyyid Kasım Gubari, one of the most famous calligraphers of his time. You will be picked up from your hotel by a guide and driver (if applicable). A short drive to your first destination at Pierre Loti. 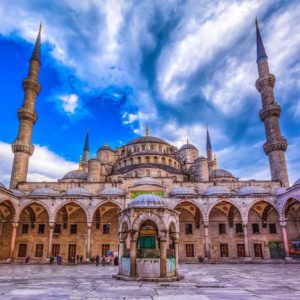 Lunch Break will be at the Grand Bazaar

The Grand Bazaar is located inside the Walled city of Istanbul, in the district of Fatih and in the neighbourhood (mahalle) bearing the same name (Kapalıçarşı). It stretches roughly from west to east between the mosques of Beyazit and of Nuruosmaniye. The Bazaar can easily be reached from Sultanahmet and Sirkeci by trams (Beyazıt-Kapalıçarşı stop).

Today the Grand Bazaar is a thriving complex, employing 26,000 people visited by between 250,000 and 400,000 visitors daily, and one of the major landmarks of Istanbul. 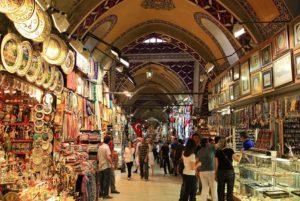 Now that you have filled your bellies, lets go on a walk to the Topkapi Palace. The history that awaits you can not be explained in a short sentence, once must experience it.

Topkapı Palace Museum in Istanbul that exhibits the imperial collections of the Ottoman Empire and maintains an extensive collection of books and manuscripts in its library. It is housed in a palace complex that served as the administrative centre and residence of the imperial Ottoman court from about 1478 to 1856. It opened as a museum in 1924, a year after the establishment of the Republic of Turkey. The Topkapı Palace Museum is notable not only for its architecture and collections but also for the history and culture of the Ottoman Empire that it recalls.

You are at the last leg of your 1-day Istanbul tour. You will not visit the Hippodrome. 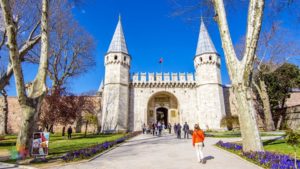 Hippodrome is a place in Istanbul that can truly prove the historical spirit. This area dates back to various periods of history of Istanbul. Not many people know this place with the name Hippodrome. the young population of Turkey has a different imagination of these places as the identity of ancient places changes over time.

Looking at the history of the Byzantine Empire, you can see the importance of the Hippodrome. This square was used to hold various competitions and important gatherings in the city. Many people from various social classes have been here through history to hold particular ceremonies and horse races. Their culture and lifestyles are gone, but these monuments remind us of the untold stories about ancient times.

According to historians, the square was built in the third century AD. When Emperor Constantine decided in 324 to move his imperial capital to present-day Istanbul, he also ordered the reconstruction and expansion of the Hippodrome, and the area he added could host 100,000 people.

But the Hippodrome has not always been a noble place. During the Turks’ war with the Byzantine Empire, this place was almost destroyed, and because the Hippodrome was a place for Roman sports, the Ottoman Empire was reluctant to use and build it. 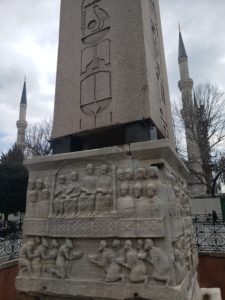 At this site you will be exposed to the following historical monuments:

The most famous monument you see around the Hippodrome is Theodosius Obelisk. This column is of Egyptian origin and is about 20 meters high. But why was this column made? This column was built around 1500 BC as a symbol of the king’s conquests.

The name Serpent Column deserves exactly this structure. This pillar was built after the victory of the Greeks over the Iranians. It is written in history that on top of this pillar, which has three heads of snakes, there was a cauldron of fire, but today these snakes no longer have cauldrons, and no one knows that What has happened to it.

There is a Fountain in the north of the Hippodrome, donated to the Ottoman Empire by the German Empire.

Thank you for travelling with us. 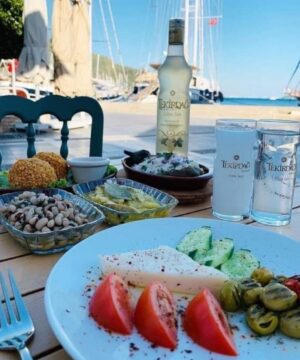 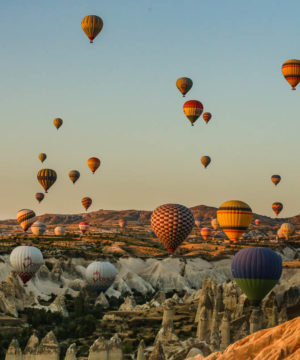 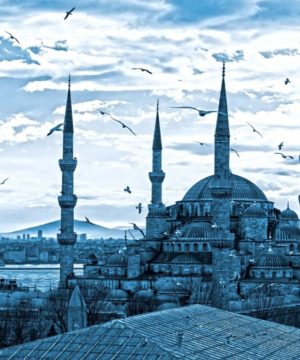